Tampa, FL (August 16, 2022) – A man has been charged in connection with a fatal hit-and-run crash that took place in Tampa on Friday, August 12. The deadly accident was reported on Rowlett Park Drive near E. Sligh Avenue at around 3:56 a.m.

Local officials arrived at the scene to find a woman dead. She was later taken to a hospital where she was officially pronounced dead. There were car parts littered at the scene belonging to a mid-2000s Honda Pilot.

The at-fault driver, later identified as 63-year-old Arnold Perry, was later found by authorities and admitted to driving the car at the time of the accident. Perry was charged with leaving the scene of a crash ending in death.

An ongoing investigation into the deadly accident is underway. 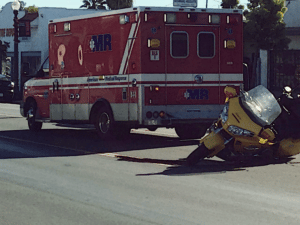 According to statistics, hit-and-run accidents account for 25% of collisions in Florida where the motorist decides to flee the scene rather than dialing 911. Particularly in pedestrian hit-and-run cases, victims are frequently gravely injured or even killed. Hit-and-run collisions have reached all-time highs in recent years.

If you believe that another person’s carelessness or negligence led to the death of a loved one who was involved in a car accident, we are here to help you achieve justice. You should not stop until the at-fault party is held responsible for their actions.

The process of grieving the death of a loved one is never simple. When it is determined that another person was responsible for the death, grief is only made worse. To get monetary compensation and justice from the party accountable for your loved one’s death, you might be able to file a wrongful death claim in the state of Florida.

The purpose of Rebein Law is to give devastated family members the best legal advice and representation possible in order to help them obtain the highest possible monetary settlement for losses suffered as a direct result of traumatic occurrences. Our Tampa pedestrian crash attorneys are adept at assisting clients who select us to achieve their particular objectives. If an unforeseen accident resulted in the death of a family member, contact Attorney Paul Rebein at 813-305-7285 to discuss your options and find out more about the potential legal options that may be available to you.