Brooksville, FL (May 20, 2022) – A local man was killed after being involved in a crash on his motorcycle in Brooksville on Thursday afternoon, May 19. The deadly accident was reported at the intersection of US-90 and Mondon Hill Road at around 5:24 p.m.

It was reported that a 48-year-old Port Richey man was headed west in a pickup truck on the highway. The driver reportedly failed to yield to an oncoming 34-year-old motorcyclist traveling northbound. The two vehicles collided at the scene, and the rider was ejected from the bike.

The injured party was taken to a local hospital where he was later pronounced dead. No other injuries were reported.

An investigation into the cause of the deadly motorcycle crash is underway. 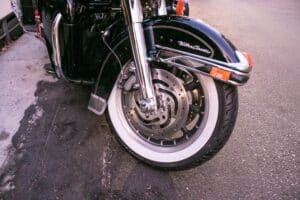 Florida has the nation’s fourth-highest rate of motorcycle accidents. This might be attributed in part to the fact that the weather in Florida is perfect for motorcycle riding all year. In 2017, 590 persons were killed in motorcycle accidents, compared to 515 in 2016. The bulk of people murdered were riders, although 30 passengers were also killed in the crashes.

Motorcycle crashes are devastating to all those involved. Because there is no barrier or protection available, the damages caused by a motorbike accident are generally more severe than those caused by a vehicle accident. In terms of compensation, motorcyclists have the same legal rights as car drivers.

Innocent riders who have been hurt or maimed as a consequence of irresponsible driving are represented by our attorneys. We will fight tooth and nail to safeguard your legal rights in the aftermath of a serious motorbike accident. Insurance companies sometimes aim to settle disputes as fast as possible, denying you any further money. Accident victims are routinely abused while they are at their weakest.