Clearwater, FL (August 8, 2021) – Officials in Clearwater stated that at least one person was injured in a serious car crash on Saturday, August 7.

According to eyewitness accounts, the incident occurred near the intersection of Chestnut Street and S. Myrtle Avenue. Local reports revealed that the event occurred that evening at 8:16 p.m. Emergency personnel was dispatched to the scene to assist the injured parties.

There were confirmed injuries on the scene. While paramedics treated the wounded parties, all westbound lanes were temporarily closed. The status of the wounded persons is presently unknown.

Local law enforcement is in charge of the ongoing crash investigation. Additional information will be released as the inquiry continues. 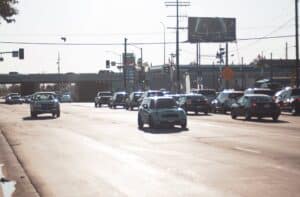 Speeding was a contributing cause in roughly one-third of all traffic deaths over the previous two decades. The inability to manage a vehicle at high speeds raises the risk of a catastrophic collision. Individuals who have been injured may be able to obtain restitution for their losses with the help of a skilled personal injury lawyer in Tampa.

The procedure of making a personal injury claim in Florida can be complex since most people are unaware of the state’s regulations or what to do following a vehicle accident. Following a collision, the vast majority of car accident victims are believed to be entirely unaware of their legal rights, and the seconds that follow are important in deciding whether or not your personal injury claim will be successful.

If you try to make a personal injury claim on your own, you might face serious consequences. As a result, speaking with an expert attorney can greatly improve your chances of achieving a full recovery. With the help of an experienced Tampa personal injury attorney, filing a claim and recovering damages such as medical expenses, lost income, and other losses will be much easier.

Rebein Law has extensive personal injury expertise, having fought for the rights of accident victims for several years. We’ve helped folks from all around Tampa make a complete recovery and move on with their lives after being involved in a vehicle accident. When people are injured in automobile accidents, our Florida car accident lawyers are dedicated to assisting them in rebuilding their lives. We also want to ensure that those who caused the disaster are held accountable and that you are able to make a complete recovery after a catastrophic collision.

Call attorney Paul Rebein at 813-305-7285 as quickly as possible if you have been wounded in a car accident caused by the actions of a negligent driver.