How the Florida Apology Statute Affects Your Car Accident Claim

How the Florida Apology Statute Affects Your Car Accident Claim

Not everyone realizes the limits of how what they say can be used against them after a car accident. Certain Florida laws protect certain things people say after an accident from liability, but not everything. Knowing how your words can be used against you during a car accident claim is helpful for increasing your chances of success. Feel free to ask a Tampa personal injury lawyer for guidance.

What is the Florida Apology Statute?

Apologies with sympathy may not be used against you. However, an apology that includes or implies fault for the accident might be. Florida benevolent gesture laws only protect people from statements related to: 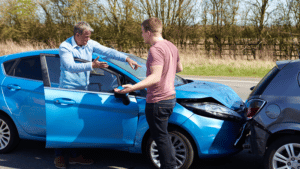 Whereas statements related to how the accident was your fault or what you could have done differently could be used as evidence. This means the other driver or passengers involved in the accident could use what you said as evidence of your fault. You may not have to worry about this unless you are being sued for additional compensation.

Since Florida is a no-fault state, each person involved in a car accident should be compensated by the insurance company. In cases of severe injuries, one driver may have the option to sue the other driver. This is when the fault could come into play.

In either case, the safest route is to avoid saying too much to others after a car accident. Consider contacting a Tampa car accident lawyer if you have any concerns.

Mistakes to Avoid After a Car Accident

There are several car accident mistakes that can significantly hurt your chances of being compensated. One is saying too much to the other driver or passengers and accidentally admitting fault. Sometimes this can happen without someone realizing it and then it is too late. Words cannot be taken back in this context.

Other mistakes to avoid include not calling 911. Emergency services and police should be called if anyone was injured or property damages were severe. Even if you think your injuries will go away on their own, seek medical attention. Some injuries can remain undetected and become worse without treatment.

Do not provide medical records to the other driver’s insurance company. This is risky and could be used against you. Be wary about signing insurance company documents before consulting with a lawyer first.

Filing a car accident claim on your own can be tedious and stressful. Contact the Rebein Law Firm by dialing (813) 305-7285 to speak with a Florida accident attorney for a free consultation today. Our experienced legal team might be able to maximize your compensation for medical costs, pain and suffering, and lost wages. We serve clients throughout the Florida cities of Tampa, Hillsborough, Pinellas, Sarasota, Manatee, Pasco, and Polk County.