Palmetto, FL (August 3, 2022) – A Miami man was hurt after being hit by a driver in Palmetto on Tuesday morning, August 2. The crash was reported on Interstate 75 near the exit for Moccasin Wallow Road.

A 32-year-old Miami man was riding a bicycle when he was hit by an oncoming motor vehicle. The at-fault driver fled the scene. The cyclist was lying on the road with serious injuries before he was found by emergency responders. He was taken to a local hospital in serious condition.

An ongoing investigation into the cause of the crash is underway.

Our thoughts are with the injured victim and his family at this time. We hope for a full recovery. 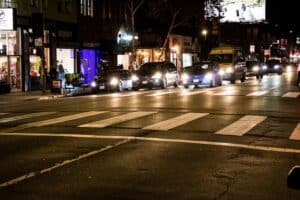 For those who like cycling, Florida is one of the most popular states in the US. Despite the fact that there are several natural routes and beaches for riding, cyclists often have to share the road with cars, trucks, and buses. In 2018, 121 fatalities involving bicyclists were reported. In 2018, fatalities among those aged 55 to 65 accounted for 40.5% of all deaths. In 38.5 percent of all fatal incidents, failure to yield the right of way played a role.

You can find yourself drowning in medical debt and missed payments after a major bicycle accident in Florida when you need to be putting all of your energy into healing. Your own insurance is rapidly used up, and you can find yourself dealing with insurance providers alone. You need a knowledgeable and qualified Florida bicycle accident attorney on your side when this happens.

It doesn’t get much better for cyclists who like riding outside than biking in Florida. It’s the ideal location for cycling for transit or enjoyment because of the wonderful weather and gorgeous surroundings. Sadly, it also has one of the highest per-capita rates of bicycle fatalities in the nation.

If the motorist caused your injuries in a pedestrian incident and was at fault, you could be eligible to recover the money you need to start over. Rebein Law’s Palmetto bicycle accident lawyers have a long history of fighting for those who have suffered serious injuries in pedestrian accidents, and we are ready to start working on your case right now. Call Attorney Paul Rebein at 813-305-7285 if a careless driver has wrongfully injured you and you would want to discuss your legal options.