Pinellas Park, FL (August 29, 2022) – According to Pinellas Park Police, two people in a Ferrari died on impact after the vehicle swerved over the median and struck an oncoming vehicle.on Sunday, August 28th at about 9:45 p.m.

Police said the Ferrari was heading eastbound along Bryan Dairy Road at a high rate of speed when, for reasons still under investigation, the driver lost control, spun out, and traveled across the median. It collided head-first with a westbound sedan.

The Ferrari’s 67-year-old driver was thrown from the vehicle. Both they and their 56-year-old passenger died at the scene.

The 42-year-old driver of the sedan was hospitalized with non-life threatening injuries.

No other details have been released. 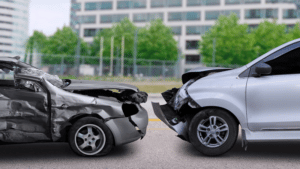 Thousands of Florida car accidents take place every single day, injuring and killing tens of thousands of victims. On average, about 400,000 auto accidents produce more than 150,000 victims annually. Most of these collisions are caused by driver negligence, which is currently the number one cause of traffic accidents both state and nationwide.

When you or someone you love is injured in a car accident, it is important to be able to determine who or what caused your crash. It is likely that your collision was caused by driver negligence, which means that you may be eligible to collect financial compensation for your losses.

Contact the law office of Rebein Law to learn more about your legal rights after being hurt in a car wreck. You can reach our office at 813-305-7285.

Disclaimer: The purpose of this post is to inform our readers about the dangers of driving and to provide information for people who are injured in an accident in Florida. This post is not a solicitation for business. None of the information provided is intended to be legal or medical advice. The photo used in this post was not taken at the actual accident scene