Tampa, FL (August 20, 2022) – A bicyclist was injured in a car accident reported in Tampa on the morning of Friday, August 19. According to reports, the incident occurred on South Lois Avenue.

What led up to the crash remains unknown at this time. Witnesses said the teenager was thrown several feet in the air and was not wearing a helmet.

Numerous responders were sent to the scene of the crash to help the injured victim and investigate the details of the incident. The extent of the teen’s injuries is still being determined.

Traffic was backed up near the crash site while police and other responders worked in the area. Local drivers were urged to use different travel routes for the time being. 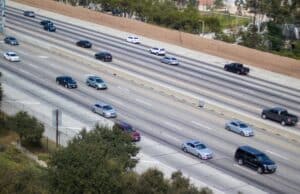 A personal injury attorney can help you get the financial compensation you need to recover from your injuries if you were hurt in a car wreck caused by a negligent driver. Numerous injured pedestrians could benefit from the help of a pedestrian accident attorney in the aftermath of their accidents. A pedestrian crash attorney can help you get financial compensation to pay for vehicle repairs, lost wages, and medical care, among other damages that may have resulted from your collision.

Contact an experienced Tampa pedestrian accident attorney from Rebein Law if you have been hurt in a car accident caused by negligence. Negligent drivers cause over 90% of the auto collisions reported in the United States. The consequences that result from being hurt in a car wreck are often severe and devastating. When you or someone you love has been injured in a wreck caused by a negligent driver, working with an attorney is in your best interest.

You deserve all the help you can get during this difficult time. Allow a car crash lawyer from Rebein Law to assist you on your path to financial recovery. You deserve to be able to focus on your mental and physical recovery without worrying about money. Call our law office at 813-305-7285 to discuss your case.