Tampa, FL (September 23, 2022) – A Pinellas County deputy was killed after being reportedly hit by a construction worker in Tampa on Thursday, September 22. The deadly accident occurred on Interstate 275 near Roosevelt Boulevard at around 11 p.m.

It was reported that 51-year-old Deputy Michael Hartwick was in a construction zone when he was hit by a front-end loader with a forklift. The operator of the loader, Victor Vasquez, kept traveling for nearly half a mile before pulling over into a parking lot. He then told another worker what had happened before fleeing on foot.

The other worker reportedly took Vasquez’s uniform and hit it. Both men were charged in relation to the incident.

An ongoing investigation into the cause of the deadly crash is underway. 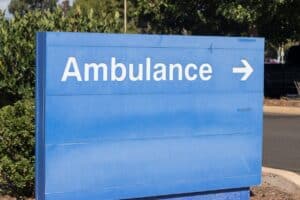 The rate of deadly hit-and-run accidents nationwide has reached all-time highs in recent years. Florida recorded 92,247 hit-and-run incidents and 4,554 wrecks involving alcohol in 2020. Drivers who flee the scene of a crash are committing a crime and should be held accountable.

Accidents are one of the leading causes of death in the United States. Contrary to popular belief, not all of these incidents were brought on by the victim themselves or by random chance. Sometimes, people become wounded as a result of the negligence of another party. This can be a difficult time for you and your loved ones.

When a member of your family passes away and you are under the impression that it was a case of wrongful death, you may be able to submit a claim in order to seek compensation for your loss and bring those responsible to justice. You may be able to get compensation to cover the costs of the funeral and burial, as well as the income that your household would no longer receive. Additionally, your lawsuit may protect other people from being injured in a similar way.

You and your family may be entitled to compensation if a loved one died as a result of someone else’s conduct. A Tampa wrongful death attorney at Rebein Law can help you file a claim. If this tragic circumstance seems like something you have dealt with, you should enlist legal representation.

Call 813-305-7285 to speak with Attorney Paul Rebein about how we may aid in recovery if there has been a wrongful death in the family.