Tampa, FL – Injuries Result from Auto Accident on I-275 near Mlk Jr Blvd

Tampa, FL – Injuries Result from Auto Accident on I-275 near Mlk Jr Blvd

Tampa, FL (October 15, 2022) – Multiple vehicles were involved in a car accident in Tampa on the evening of October 15. Shortly after 7:00 p.m., emergency crews were dispatched to the scene of the accident to render aid.

According to reports concerning the incident, it happened on Interstate 275 near Martin Luther King Jr Boulevard in Hillsborough County. At least one person was hurt in the accident and required emergency treatment at the scene.

The extent of the injuries suffered in the crash has not been reported at this time. Emergency crews were seen at the wreck site for an extended time period on the evening of October 15.

The roadway was closed while emergency crews worked in the area. Local drivers were urged to use different routes of travel for the time being.

We hope for the full recovery of those with injuries. No further information has been reported at this time. 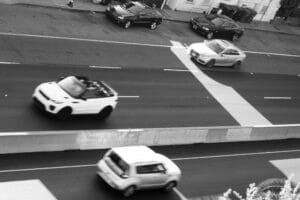 The Tampa car crash attorneys at Rebein Law have extensive experience helping injured crash victims recover after they have been injured in negligently caused accidents. We have been working for over 20 years to help those who sustain injuries due to the actions of drivers who are distracted, fatigued, and intoxicated. Being wrongfully injured qualifies you for financial compensation that can help you recover.