Tampa, FL (October 15, 2022) – A serious auto accident was reported in Tampa on the morning of October 14. At approximately 8:09 a.m., emergency crews were dispatched to the scene of the auto accident on Interstate 275.

According to reports, the wreck happened on I-275 near 34th Street. An unspecified number of vehicles were involved in a collision that ended in injuries for at least one person.

Emergency crews including police, EMTs, and fire crews were dispatched to the scene to help those involved. Injured victims were treated on-site and transported to area hospitals as necessary.

Traffic was backed up in the area while crews were present. Area authorities asked local drivers to use different travel routes while the scene was active with responders. 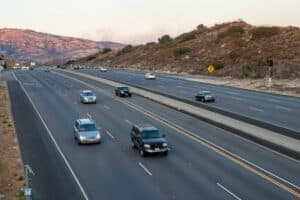 Hundreds of thousands of car accidents are reported in Florida every single year. Over 150,000 people are injured per year in auto collisions reported in Florida, and more than 3,000 people lose their lives annually in Florida car accidents. Florida is among the top three states in the nation, along with Texas and California, with the most reported car crashes per year. These states are some of the most populated states in the country, and also the most visited states throughout the nation. This makes for a lot of auto accidents because of all of the people present year-round.

Across the country, driver distraction causes more than 400,000 vehicle accidents per year that take the lives of more than 3,000 people annually. The most common form of driver distraction is texting and driving. Drivers think that it is ok, for whatever reason, to look down at their phones while behind the wheels of moving vehicles. This is never safe and is extremely dangerous. Drivers who choose to do this put themselves and everyone else whom they encounter at risk for severe injuries or even death.

When you or someone you love has been hurt by the actions of a negligent driver, you may be eligible to collect financial compensation that can help you pay for some or all of the costs related to your crash and the injuries that followed. Calling a personal injury lawyer is in your best interest if you know that your wreck was caused by a negligent driver.

At Rebein Law, our team of trusted car crash lawyers in Tampa has been working for decades to help injured crash victims make financial recoveries that help turn their lives around. Don’t let a car crash derail your life. Allow our skilled lawyers help you get the money you need to recover so you can focus on your physical and mental health.