Tampa, FL (October 1, 2022) – An auto accident was reported to officials in Tampa on the morning of September 30. Shortly after 7:00 a.m., emergency responders were sent to the scene of a car wreck to help those involved.

According to information from responders, the wreck happened on the Courtney Campbell Causeway near the Howard Frankland Bridge. At least one person was hurt in the accident.

Local news sources report that the incident occurred between at least two vehicles and caused injuries to those involved. Emergency crews including police officers, paramedics, and firefighters were seen working in the area a short time after the wreck occurred.

The number of individuals who required emergency transportation to the hospital has not been reported at this time. Those with severe injuries were transported to local hospitals as necessary. 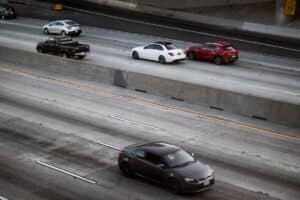 Millions of people’s lives are turned upside down by driver negligence every year. On average, each year, over 400,000 vehicle crashes happen due to driver distraction alone in the United States. Some other common forms of driver negligence include driver distraction, fatigue, and intoxication. The auto accidents that occur while drivers act negligently are often more severe than those that happen for other reasons.

The Tampa car crash attorneys at Rebein Law have extensive experience helping injured crash victims recover after they have been hurt in negligently caused accidents. We have been working for over 20 years to help those who sustain injuries due to the actions of drivers who are distracted, fatigued, and intoxicated. Being wrongfully injured qualifies you for financial compensation that can help you recover.