Tampa, FL (November 12, 2022) – A man lost his life after he was stuck by two vehicles in Tampa. Police in Tampa responded to the crash scene in Hillsborough County shortly after midnight on November 12.

Deputies reported they responded to the scene on Orient Road, just south of Zeimis Drive. Investigators stated a man was hit by a car in the area. The vehicle stopped to render aid, along with several other witnesses.

While numerous individuals were attempting to help the injured victim, an SUV drove by the stopped traffic and struck the victim. The victim was then dragged by the SUV for a short distance before the SUV continued south and onto Hillsborough Avenue without stopping to render aid.

The pedestrian was transported to an area hospital shortly thereafter where he later lost his life. The hit-and-run driver is currently being sought by police in Tampa. They were believed to be driving an early 2000s silver Ford Explorer or Mercury Mountaineer.

The victim has not been identified to the public at this time.

We would like to offer our sincere condolences to the family of the deceased victim. 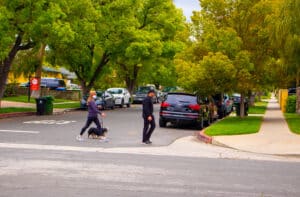 Information derived from recent pedestrian statistical studies shows that in the state of Florida, there is a serious need for increased awareness and improved safety measures concerning pedestrians. Florida is among the top four states in the nation with the most pedestrian deaths, including California, New York, and Texas. Almost half of all reported pedestrian accidents in the United States happen somewhere in these four states.

Walking along busy roads, especially at night, can be extremely dangerous. Even pedestrians who never leave the sidewalk, or who only travel close to their homes are at serious risk of being involved in a traffic crash. Pedestrian accidents almost always end up in serious bodily injury that can wreak havoc on the lives of victims.

When you or a loved one has been hurt in a pedestrian accident, it is important to be able to prove who was at fault, especially if you know it was another person. The party responsible for your injuries, as well as their insurance company, have the ability to argue against you, possibly stating you did not act to protect yourself, or that you put yourself in harm’s way when your accident happened. A pedestrian crash attorney in Tampa can help you prove your innocence when you were hurt by the actions of another person.

Most of the time, pedestrian crashes in Florida and throughout the United States are the result of some form of negligence. Whether it be driver intoxication, distraction, fatigue, speeding, or another form of negligence, drivers often act carelessly or recklessly and cause serious injury accidents, or even those that end in death for pedestrians.

If you have recently lost a loved one in a pedestrian crash, contacting a wrongful death attorney in Tampa as soon as you can is in your best interest. A lawyer can help you get the financial compensation you need to pay for the costs related to your loved one’s accident. Call Attorney Paul Rebein, a skilled and compassionate personal injury attorney who has been in the business of helping crash victims and their family members recover for decades.