Tampa, FL (October 30, 2022) – One person was transported to the hospital after a multi-vehicle collision with an oil tanker that happened on Sunday morning in Tampa. Information from Tampa Fire Rescue shows that first responders were sent to the scene at around 3:47 a.m.

Reports show that the wreck happened between a Honda CRV and a semi-truck carrying 8700 gallons of fuel. It occurred on I-275 near Busch Boulevard.

As the two vehicles neared the exit ramp, the Honda and the semi collided in the outside lane. Authorities stated that the two vehicles then departed and entered the grass shoulder at the exit and caught fire.

The two vehicles, along with nearby trees and grass, became engulfed in flames. Responders reported heavy flames and smoke upon their arrival. Additional resources were called to help put the fire out due to its severity. A foam truck was also called, according to reports.

The fire was out within about 20 minutes of foam deployment. Information provided by Tampa Fire Rescue reveals that no firefighters were injured in the incident and all vehicle occupants had exited their vehicles by the time emergency crews arrived.

One person involved in the accident was transported to the hospital with injuries. Traffic was stalled on I-275 in the north and southbound lanes from Fowler Avenue to Bird Street until about 6:30 a.m.

The Florida Highway Patrol continues to investigate the details of the incident.

We hope for the full recovery of the injured victim. 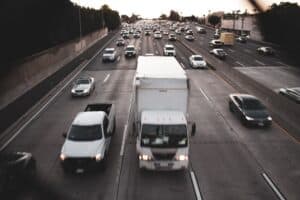 More than 11 million semi-trucks are registered In the US that transport potentially dangerous loads and materials. When a semi-truck and a passenger car are involved in a crash, the likelihood of a fatality occurring is approximately ten times higher than a crash involving two passenger cars, according to information provided by the Federal Motor Carrier Safety Administration.

After being involved in a crash with a semi, you should immediately seek medical care. Additionally, before you speak to the insurance company, you should call a truck crash lawyer who is experienced in personal injury cases of this nature. You may be eligible for financial compensation for the losses and damages you face. Financial compensation can help you pay for medical bills, lost wages, vehicle repairs, and more.

Accidents involving semi-trucks are often more injurious and violent simply due to the fact that 18-wheelers are about 20 to 30 times heavier than the average passenger car. Some common types of personal injuries that can result from a car vs semi accident include:

In Florida, Rebein Law helps victims of semi-truck accidents, and we are dedicated to ensuring that our clients are able to financially recover. We work hard to hold trucking firms and drivers accountable for their actions when they cause accidents that injure innocent drivers. In many situations, the trucking company’s negligence was what led to the accident and any injuries that followed.

Call Attorney Paul Rebein at 813-305-7285 right away to set up a meeting with a skilled truck accident attorney in Tampa.