Tampa, FL (November 20, 2022) – A woman was killed in a pedestrian crash in Tampa on Tuesday. The incident was reported to authorities in the early morning hours of November 15th.

Police were called to the scene, located on North 22nd Avenue between East Henry Avenue and East Clifton Street. The woman has not been identified at this time.

Authorities are working to determine how the collision occurred. The involved driver stayed at the scene and cooperated with the police after the accident.

North 22nd Street was closed from East Henry Avenue to East Clifton Street until around 8:00 a.m. on Tuesday. Police asked drivers to find alternate routes in the meantime.

We want to offer our sincere condolences to the family of the deceased victim at this time.

No further information has been reported concerning this fatal pedestrian crash in Tampa. 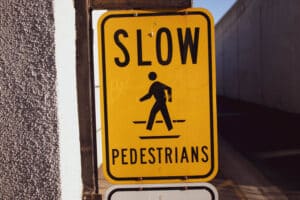 More pedestrian crashes happen in Florida than in any other state in the nation. Additionally, Tampa is listed among the top ten most dangerous cities for pedestrians in the United States. Throughout America, pedestrian crashes are on the rise, including hit-and-run accidents, which can make being injured in a crash even more difficult for injured victims to recover financially.

It is important for pedestrians to always look out for drivers, even when they are not crossing the road. Unfortunately, the behavior of drivers is unpredictable and, at times, can be sporadic and dangerous. Driver negligence has become a serious issue in Florida and throughout the United States. People who sustain injuries in auto accidents caused by negligent drivers usually end up in the hospital for prolonged periods of time.

Pedestrian crashes are almost always caused by driver negligence. In fact, the National Highway Traffic Safety Administration reports that over 90% of reported car crashes are the result of driver negligence. Drivers who choose to get drunk, or high, not sleep enough, or allow themselves to become distracted while operating their motor vehicles, cause millions of accidents that lead to injuries every year.

When you or a loved one of yours has been hurt in a car crash caused by negligence, you need to contact a pedestrian crash attorney. A Tampa pedestrian accident attorney from Rebein Law can help you to submit a claim to sue the party at fault for expenses related to your accident.

Call 813-305-7285 to speak with Attorney Paul Rebein about how we might be able to aid in your recovery if there has been a wrongful death in the family. Our firm works on contingency which means you owe us nothing unless awarded full and fair compensation.