Tampa, FL (July 25, 2022) – A woman died after being trapped underneath a motor vehicle in the Tampa area on Saturday, July 23.

Local authorities were summoned to the scene near the intersection of 9th Street and Powhatan Avenue at around 4 p.m. A 51-year-old woman was reportedly found pinned underneath a car. The woman was freed by attending medical personnel and transported to Tampa General Hospital.

The victim was later pronounced dead at the hospital. The cause of the deadly accident has not been revealed.

An ongoing investigation into the incident is underway. 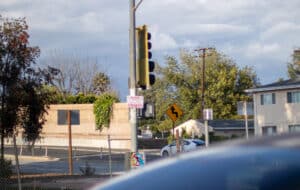 According to the Florida Department of Highway Safety and Motor Vehicles (FLHSMV), there are over 400,000 collisions that take place on Florida highways each year, with the Tampa region seeing somewhere between 25,000 and 30,000 of those collisions. Luckily, the majority of these collisions are relatively harmless fender benders that do not result in severe or fatal casualties.

When another person causes the death of another via their carelessness or recklessness, this is known as wrongful death. This kind of carelessness might be the consequence of the actions of a third party, such as in a vehicle accident, or it can be the result of the actions of a business, such as when a defective medicine results in a fatality. If a person or company is negligent and causes the death of a family member or spouse, the surviving family members or spouse may be entitled to monetary compensation in the form of damages.

The purpose of Rebein Law is to provide assistance to families in their pursuit of maximum compensation for the losses that have been incurred as a direct consequence of unfortunate accidents. Our Tampa car crash lawyers have a demonstrated history of supporting customers in accomplishing the goals they set for themselves. If a member of your family has been murdered in an unforeseen accident, you should get in touch with Attorney Paul Rebein at 813-305-7285 to explore your legal options.