The accident took place late that night at around 11:15 p.m. according to the Tarpon Springs Police Department. The scene was located on US-19.  Local reports revealed that Carlos Candelario of Riverview was headed southbound on the highway toward Tampa with a group of motorcyclists.

Candelario reportedly veered and crashed into another rider. He was ejected from the bike due to the impact. Candelario sustained fatal injuries and was pronounced dead at the scene. The other rider suffered serious injuries following the crash. He was treated at the scene before being transported to Regional Medical Center Bayonet Point. Another motorcyclist may have been involved in the accident, but the rider reportedly fled the scene.

An ongoing investigation into the cause of the accident is underway.

We would like to offer our deepest condolences to the family of Carlos Candelario at this time. Our thoughts are with the injured victim and his family in hopes of a full recovery. 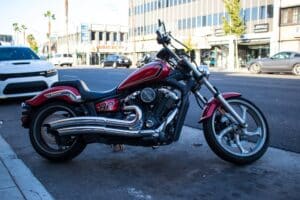 Motorcycle riders are 27 times more likely to die in an accident than passengers in passenger cars, with more than 80% of motorcycle accidents resulting in death or disability. According to the Centers for Disease Control and Prevention, wearing a helmet reduces the risk of death by around 37%. In 2016, 600 motorcycle deaths occurred in Florida, with 409 of them involving another vehicle.

Motorcycle accidents in Florida can leave riders paraplegic, handicapped, or with other life-altering injuries, and victims may be eligible to compensation. A qualified personal injury attorney in Tarpon Springs can assist accident victims in recovering and rebuilding their lives after being damaged by another driver’s irresponsible behavior.

Even if they follow all safety precautions, motorcycle riders have minimal protection when colliding with a car, which means that the injuries that result are nearly always more serious. Even the most common road hazards, such as potholes, ice, cracks, and slick roads, pose a considerably larger risk to motorcycles than they do to vehicles, placing them at a higher risk of catastrophic harm.

The Tarpon Springs auto accident attorneys at Rebein Law represent innocent motorcyclists who have been wounded or maimed as a result of careless driving, and we will fight to the end to preserve your legal rights after a catastrophic motorcycle accident. Insurance companies often prefer to settle cases fast, effectively denying you any further money you may be entitled to, and accident victims are routinely abused in their time of need.